Dengue is a mosquito-borne viral disease prevalent in more than 100 countries globally. It is primarily spread by female species of mosquito namely Aedes aegypti and also to a lesser certain extent by Aedes albopictus, Tropical areas of the world with hot and humid temperatures are considered to be the high-risk zone for this disease since mosquitoes tend to thrive in such climatic conditions. As a result, the Terai belt of Nepal is likely to be the epicenter of the outbreak.

According to the BMC article (Parasites and Vectors) authored by (Tiago et. al), Dengue is caused by a virus that has its genetic element as RNA in contrast to a genetic element that we possess namely DNA. Genetic element is a basic fundamental element present in each cell that governs the basic functions of the body such as protein synthesis. This RNA element possesses various genes among which gene encoding glycoprotein E is primarily responsible for cell recognition and entry into host cells like that of ours, thus imparting pathogenicity to this virus.

According to WHO, four distinct but closely related viruses are linked to causing dengue in humans namely DENV-1, DENV-2, DENV-3, and DENV-4. In other words, a person can be infected four times with dengue virus in their lifetime. But fortunately once a person recovers from an infection caused by a certain strain of this virus; they are immune to that type for the rest of their life. However, cross-immunity (immunity towards a certain type of virus after infection to other types of the same virus) can only be partial and temporary.

Infected people may show mild to severe forms of symptoms in the case of this virus. According to the “Centre of Disease Control” (CDC), when infected, 1 in 4 people will get sick with flu-like symptoms such as fever, aches, pains, or a rash while high fever (40⁰C/104⁰F) being the most common symptom. In addition to that symptoms for mild dengue may also include severe headache, pain behind the eyes, muscle and joint pains, nausea, vomiting, and swollen glands. These symptoms can last for about 3 days to a week commonly termed as the critical phase and typically most people recover after these aforementioned symptoms in case of mild dengue.

In contrast to mild symptoms, 1 in 20 peoples who get sick with dengue can develop severe symptoms that can be life-threatening. According to the WHO newsletter, typically, the patient starts showing symptoms of severe dengue after the critical phase as the fever starts lowering below (38⁰ C/100⁰F). Some tell-tell signs of severe dengue are severe abdominal pain, persistent vomiting, rapid breathing, bleeding gums, fatigue, restlessness, and blood in vomit. Consequently, if unattended these can lead to what is termed as dengue shock syndrome characterized by plasma leaking (a process where a protein-rich fluid component of the blood leaks from the blood vessels), fluid accumulation in other tissues (especially in abdomen and lungs), respiratory distress (difficulty breathing), severe bleeding or organ failure. Hence after a critical phase if a person starts showing these signs they must be well attended and they must be encouraged to seek immediate medical attention.

Female species of mosquito called Aedes aegypti is a primary vector responsible for transmitting this virus in all demographics. As the virus is ingested into the gut of the mosquito by feeding into the infected person, it replicates optimally before it is discharged into the salivary gland, ready to be transmitted into a new human host. It is noteworthy to consider that (25-28) ⁰C is the ambient temperature at which this mosquito thrives added with hot, humid, and moist conditions generally found in tropical areas. Moreover, maternal transmission of this virus from an infected mother to a newborn baby has also been noted but at a low frequency generally resulting in fetal distress, prenatal birth, and low-birth-weight. Additionally, rapid unplanned urbanization associated with different modes of transport has resulted in the transport of this virus via larvae and eggs of mosquitoes and infected humans throughout the globe resulting in 40% of the population living in the high-risk zone for this disease according to the Center of Disease Control.

Detection of symptoms associated with but not limited to high fever and other signs as mentioned above is vital for early diagnosis of dengue in an infected person. After the patient pursues medical attention, two distinct approaches can be employed to diagnose this disease in the laboratory namely virological and serological tests. The choice of the test largely depends upon the technological and economic advancement of the country in question. But in theory virological tests include identification of viral elements in the blood samples of the patient while serological tests include recognition of antibodies produced against the virus by the body’s natural immune system. You should ask whether your nearby hospitals and clinics in Kathmandu or outside Kathmandu Nepal offer these tests.

Virological tests are preferable in the initial phase of infection i.e. first few days. It includes detection of virus and viral elements in the laboratory through RT-PCR (Reverse Transcriptase Polymerase Chain Reaction) or detection of viral protein such as NS1 (Non-Structural Protein 1) in the blood samples of the patient. Although RT-PCR is an efficient and sensitive mode of diagnosis it requires expensive enzymes, specialized technicians, and equipment’s which may not be present in most medical centers. Nevertheless, the principle accompanying this technique of diagnosis involves isolation, multiplication, and detection of viral RNA in the blood samples of the patient. But in contrast detection of a viral protein called NS1 is mostly preferred in countries like ours because of the fact that it is comparatively inexpensive and rapid. Credit goes to rapid test kits available these days that can detect viral proteins such as NS1 in blood samples within 20 minutes.

Similarly, serological methods are directed to recognize antibodies produced by infected patients against the dengue virus upon infection. Typically, enzyme-linked immunosorbent assays (ELISA) tests are mostly used to detect two major types of antibodies IgM and IgG for these serological tests. These two kinds of antibodies are sequentially produced by the immune system of our body in response to infection hence detection of these antibodies in the patient blood makes the sample positive for the infection. Moreover, according to the WHO newsletter since IgM is produced initially and detectable within a week and IgG at the later date by our immune system hence the presence of IgM indicates more recent infection while detection of IgG is indicative of past infection.

Prevention of this disease is of paramount importance with regards to an under-developed country like ours with limited health care facilities, resources, and manpower. Some critical awareness about the vector (Mosquito) control by limiting their breeding sites such as standing waters where they likely lay their eggs can greatly reduce the probability of this disease. Similarly, sanitary measures such as solid waste and drainage management at individual and community levels are hugely beneficial to reduce the mosquito population. Some personal household strategies such as applying window screens, using vaporizers, and coils to repel mosquitoes can also be effective. Many countries now have started to spray appropriate insecticides as reactive vector control measures which can greatly reduce these vectors at a very large scale. Moreover, protection from mosquito bites by applying repellents and wearing full sleeves especially while traveling is highly recommended.

As there has not been an effective treatment specifically designed for dengue to date, fever reducers such as paracetamol or acetaminophen are generally advised for mild dengue cases. But in contrast NSAID drugs (non-steroidal anti-inflammatory drugs) namely; ibuprofen and aspirin must be avoided as they act by thinning the blood. Hence self-care of the patient is highly recommended including plenty of water and electrolyte intake along with ample rest. But in-case of severe dengue cases involving shock syndrome, the patient is advised to seek professional medical attention with experienced physicians. Although the first dengue vaccine called Dengvaxia (CYD-TDV) was developed by Sanofi Pasteur in 2015, its use has only been limited to peoples with previously documented infection of dengue virus as it increases the chances of severe dengue symptoms when given to previously non-infected peoples. Seek medical care from the nearest hospital in Nepal for care.

According to BMC Research notes dengue was reported in Nepal for the first time in 2004 and many subsequent outbreaks have occurred after that. As the author Ramawatar Prashad Khetan suggests that DENV-1 and DENV-2 serotypes have been responsible for the cause of dengue in Nepal. According to the data, 1473 patients were diagnosed with dengue including Chitwan, Jhapa, Rupandehi, and Makwanpur as most risk-prone districts during the 2016 dengue outbreak. Similarly, monthly distribution analysis suggests September is the peak time for an outbreak in Nepal recording the most number of cases. The largest outbreak of dengue occurred in 2019 when the number of cases increased to 14442. Most cases of dengue in 2019 were observed in the districts of Chitwan, Kaski, Kathmandu, Rupandehi, and Makwanpur. 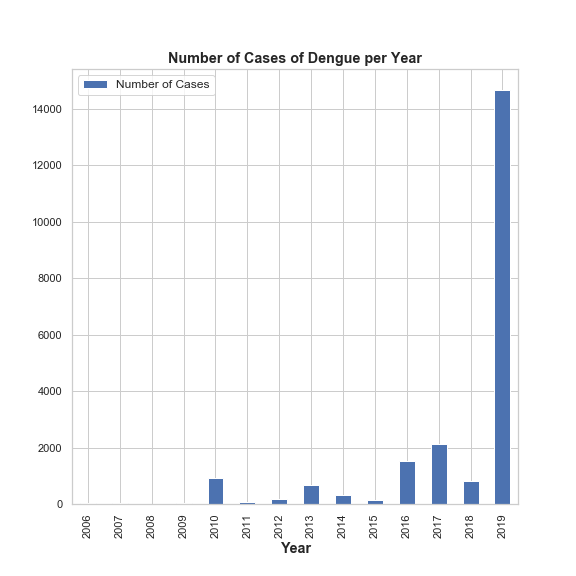 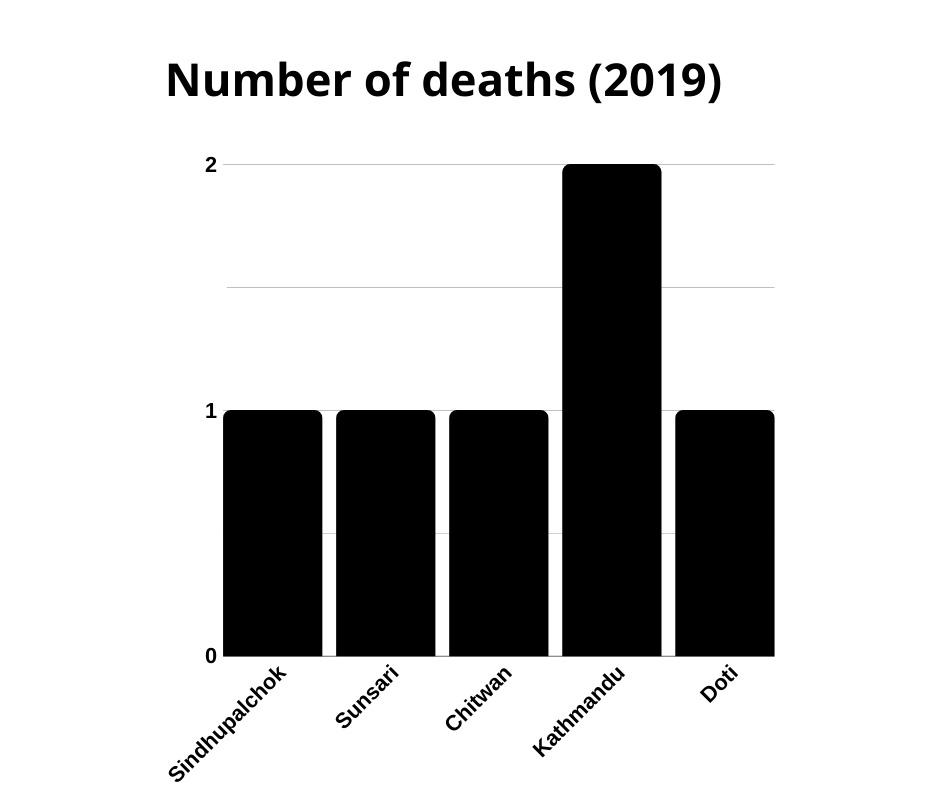 Early detection of this disease is vital to reduce the mortality rate in the context of Nepal with limited medical resources and technical manpower. Increasing the awareness in Nepal on to signs and symptoms about the disease can greatly aid this process. Moreover, increased sanitation and effective vector control for mosquitoes by eliminating their breeding grounds such as standing waters can be of immense help to mitigate the risk of future outbreaks. If you need further information, please contact us at Clinic One in Kathmandu Nepal at [email protected] +977 01-5400400/ 9863393960/ 9861966614.

Need to See a Doctor? Book your Appointment Now

11 Foods To Avoid If You Have Diabetes

(HPV) Human Papillomavirus infection is a sexually transmitted infection that affects the reproductive parts of both men and women. About […]

Effectiveness of Vitamin-D to lower the risk of Covid-19

Vitamin B12 is a water-soluble vitamin that is found in several forms mostly in mineral cobalt. It is mostly found […]

One thought on "Vitamin B12 Deficiency: Causes, Symptoms and Prevention"

Next to St. Xavier's School, Jawalakhel